Compromise: The Key to Successful Relationships 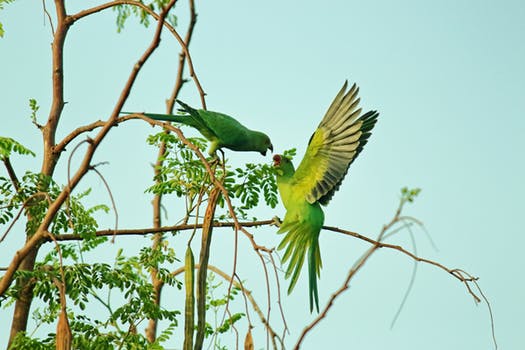 I’ve been learning about compromise nearly all my life, as most of us have. A long time ago, I heard the phrase: “You must give a little to get a little.” It’s a hard lesson to learn sometimes, to give as well as take.

I’ve had some interesting teachers along the way, and most of them were animals. I learned about unconditional love from a small dog who was mistreated by the person who was supposed to be caring for it. That person made me mad, and I wanted to retaliate for the hurt he caused. And then I watched the little dog make friends with that person a few days later, as though all was forgiven. How could the little dog still be loving to that terrible person? It’s a compromise I still have trouble with when I see injustice.

I learned another lesson in compromise when I introduced a female cocatiel, “Sweet Cheeks,” to the male, “Peaches,” which was my pet first. The male was pretty nasty to her, and I watched how she handled him. It was really very interesting, and taught me a big lesson in “getting along” with others. He started out by claiming his territory, instead of making friends with his new mate. I thought that was pretty selfish of him, as I watched him peck at her, and force her off their perch.

She didn’t fight back, as I would have done at the time. Instead of retaliating, she turned her back to him and stayed put when he acted belligerent. It took a week or two, but finally Peaches figured out she wasn’t a threat, and calmed down. When he became less hostile, Sweet Cheeks made an effort to be friendly. She would sidle over to him, closer, and a little closer, as time went on. When he still pecked at her, I talked to her sternly: “How can you be so forgiving when he treats you like that?!”

After another long while, I saw them sitting close together on the perch. He allowed her to groom his neck feathers, and before I knew it they were starting a family! Her non-reaction to his behavior showed me a lot about compromise and how to get along with others who are being difficult. I admit it has taken me longer than it took her to be forgiving in unforgiveable circumstances. It’s good to remember, though, that it might not always work, and the person being mistreated may have to pull away in truly difficult circumstances.

That being said, I’m still working on the valuable lessons a bird and a little dog taught me a long time ago! From them I learned that in a successful relationship, one person must be willing to change their mind about the difficult situation between them. If the relationship is worth keeping, choose compromise over retaliation, or avoidance—either of the subject or the other person involved.

We can learn a lot from the animals in our lives. For the most part, they love us unconditionally, forgive us when they need to, and trust us with their lives. If you have a pet, or there are animals in your life, watch them. Learn from them. They give back much more than they receive.